However, I have found some orchids in some very different places.  For instant I’ve been areas that have been cleared and later planted out.  You must realize that orchids cannot cope with that much disturbance.  However I’ve seen orchids there, native Australian orchids and they have not been planted either.  There is a very logical reason.

Often these sites have had a layer of wood cuttings placed over the top of them.  The orchids have entered these clippings most likely as seed, and the seed germinates at the new location, and yes, you have some orchids.

The most common to do this is the onion orchid, Microtis arenicola.  This is probably one of the most common orchids.  This one also enjoys regular watering!

Another hardy species which does this is the Pterostylis pedunculata or the maroon greenhood.  This orchid was found very close to Adelaide’s CBD, and I’ve seen pictures of it growing in someone’s front lawn.

Both of these species are just coming out now.

Here is an orchid which did not realize that it was in a tennis court.  This is Dipodium roseum, the hyacinth orchid, a summer flowering orchid, which I will probably discuss in more detail closer to that season.

Then of course, there are those orchids which I have no idea why, or how they end up where they are.  Below are some leaves of Thelymitra (sun orchid) and Glossodia major (Blue Cockatoo orchid) growing in a tree. 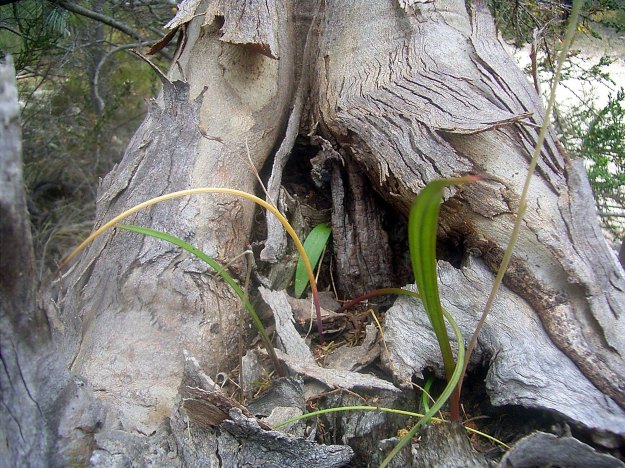 Linguella nana refers to a complex of a possible six unnamed species.  For this post, I will be discussing Linguella sp. Hills nana.  The genus name describes it labellum which is hidden in the orchid.  Like many greenhoods, this genus used to be part of the Pterostylis family. 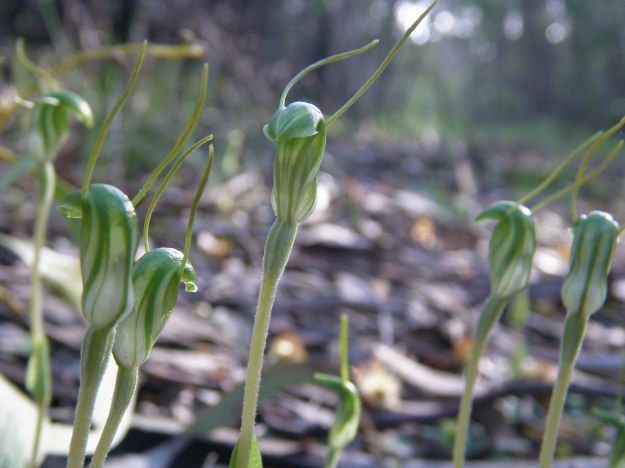 This is probably one of the smallest green-hoods.  I’ve seen the whole plant with flower being less than ten cm high, and right next to it, a plant twice the height.  This can be seen in the video below.

These orchids tend to flower between July and October, and prefer growing in areas of high rainfall.  It is pollinated by a little fly, probably similar to the little fly on these Cyrtostylis robusta seen in this video.

One time when I went out looking for orchids, the bushland did not look particularly promising, and then I came across a couple of these tiny orchids.  They can be a pain to photograph, as the flower is about the size of your little finger nail, and quite often they grow in shaded areas, growing in the leaf litter under a tree. 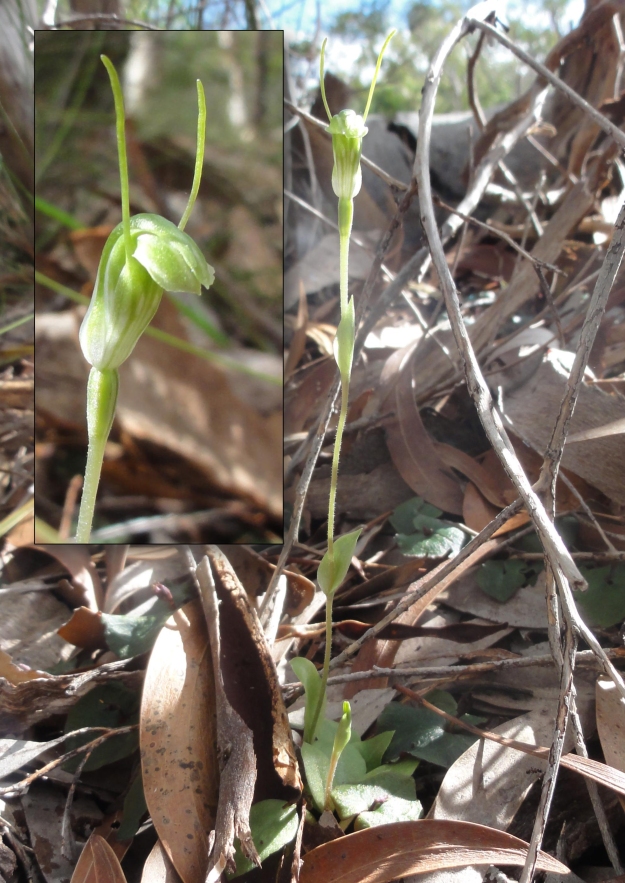