It is the beginning of autumn, and that means the orchids will start appearing again.  True there were a few flowering over summer, but about now we begin to see the leaves of the winter flowering species and some spring flowering orchids, and occasionally we might find a few autumn flowering species.

So today, I’m going to give you a sample of some of the orchids you could find, each month, during this coming year. 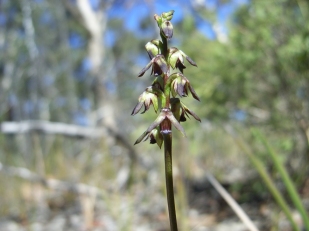 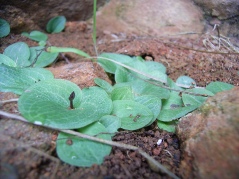 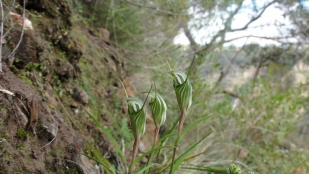 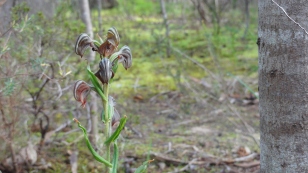 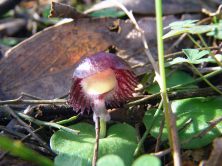 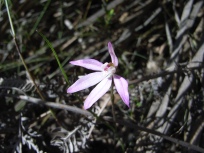 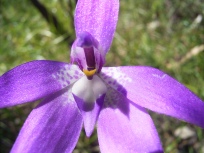 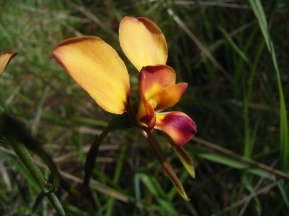 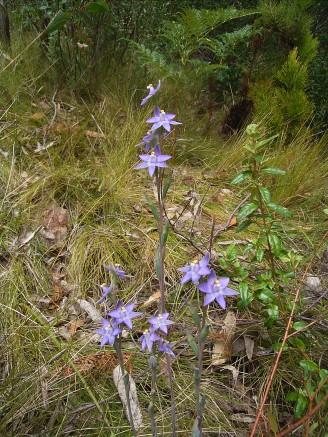 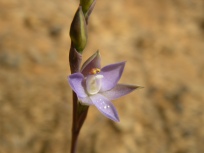 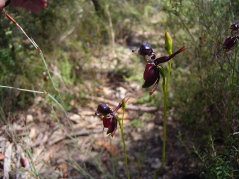 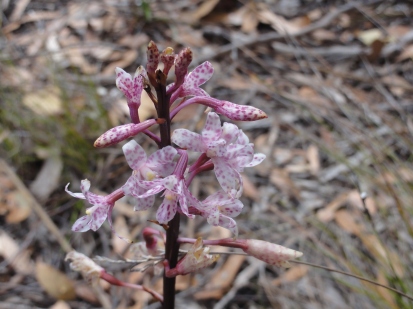 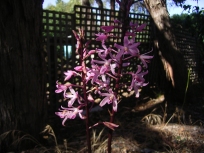 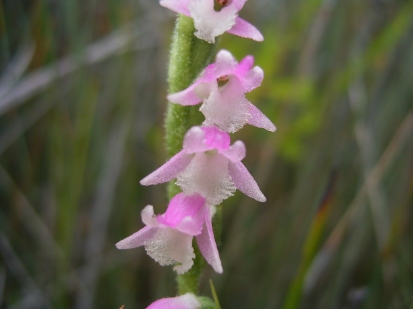 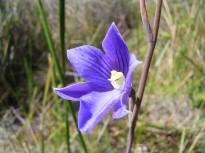 and then it all starts over again.

This species used to be listed as a Pterostylis, and is similar strucurally to the Bunochilus.  Often it is found with Bunochilus, but they have not been known to hybridize.  It has a labellum which is sensitive to touch.  The plant will either produce a flowering stem, or a sterile leaf.

Quite often I’ve seen a variety of heights of these orchids, on the same site, at the same time.  This is mainly due to the nutrients of the soil where the plants are growing.  The dwaft plants are called ‘depauperate’.  Another feature of these orchids is they can grow in clumps or as a single plant.

The flowers can be difficult to photograph as they are very darkly coloured.  However with the afternoon sun coming through them they are beautiful.  Taking photos of them with a flash makes these flowers almost look black, and hides the loveliness of these flowers.

I’ve provided two pictures below of this species, the first from the southern and the second from the northern Mt. Lofty Ranges to show there is really no difference despite location.  Overall the species only varies in height, and the flowers fade with age.

In Part 1, I said I would take some more pictures comparing orchids taken with a flash and those taken without a flash.  On Saturday, I went out and took some photos.  However it was such a lovely day, that I did not take many pictures with a flash.  Why spoil a good day!  In the end, I took more videos of orchids than photos, and I’ll eventually put a couple of these up here. 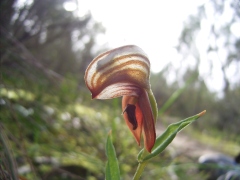 I probably should have not taken the picture with the camera facing into the sun, but… 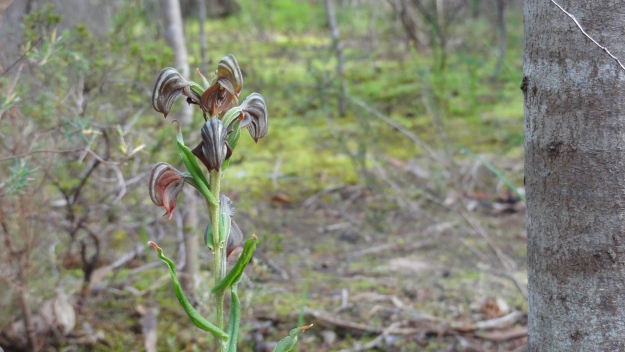 The above pictures have not been edited and are of Urochilus sanguineus, the Maroon Banded Greenhoods.

During the week I was able to check up and see what some of our South Australian orchids were doing.

The leaves of Cyrtostylis reniformus were up with a couple of early buds just beginning to appear.  I like the stripes on the leaves and the colour of them.  They are very distinctive.  This is the later flower of the two species of Cyrtostylis with the earlier being Cyrtostylis robusta.

A finished captual of Diplodium robustum.  This is where the seed will form.  They were still all facing the hillside.

A nice little colony of Diplodium robustum.  Note the leaves at the base, as these are the same species, but will not flower this year.

An Urochilus sanguineus out in flower.

The Veined Helmet Orchids, Corysanthes diemenica were only just opening.  Many were still in bud.